Not sure where I picked-up this CHINON 28mm f2.8 Multi-Coated Lens (Olympus Mount).  It is speculated Chinon lenses was made by Tamron in Japan; but my initial search for information turned-up a paucity of background information.  It's a solid looking and well-built to the touch.  A smooth focusing ring and a half-stop aperture. 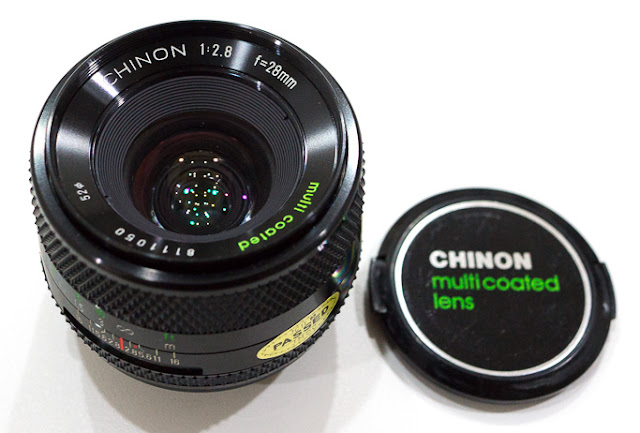 Mounted to the NX1, the whole set-up looks snazzy.  I used a Fotsay Olympus (OM) to NX mount adapter.  Then I went out on the streets of downtown Phoenix, Arizona to try the lens out. 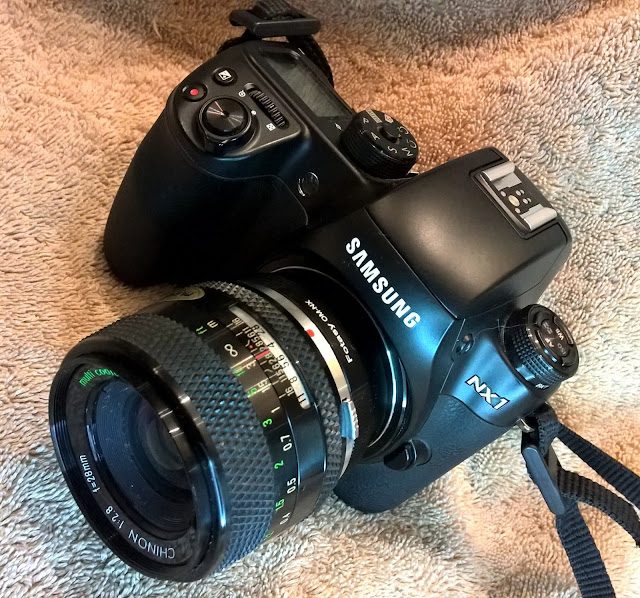 Right off the bat I know I had a nice 28mm in my hands.  I like to photograph architectural styles. This first photograph stuck me with its warmth in a clean image. 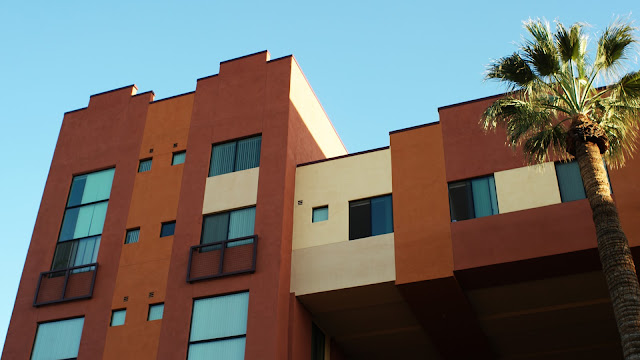 Next I opened the aperture to f2.8 and used the protruding flower to expose the len's Bokeh. 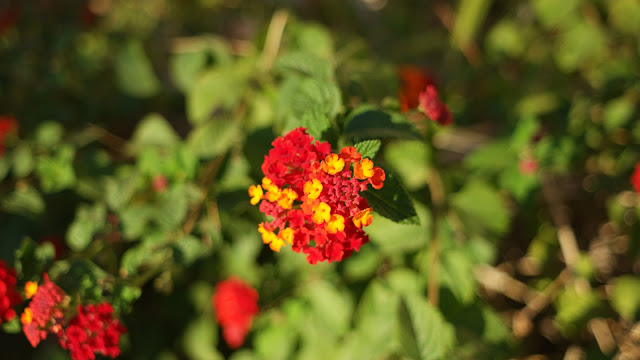 I like how the camera's sensor along with this lens elegantly captured the light and shadow of this pre-sunset photograph. 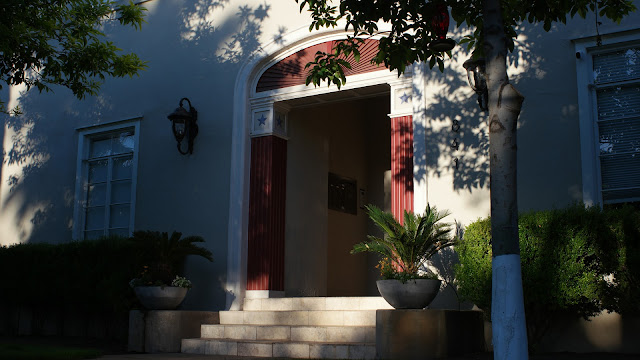 In this photograph below, I had an opportunity to give the 28mm CHINON Lens a chance to visually express the attributes of the 28mm angle lens (42mm equiv on the NX1), with foreground and background subjects. 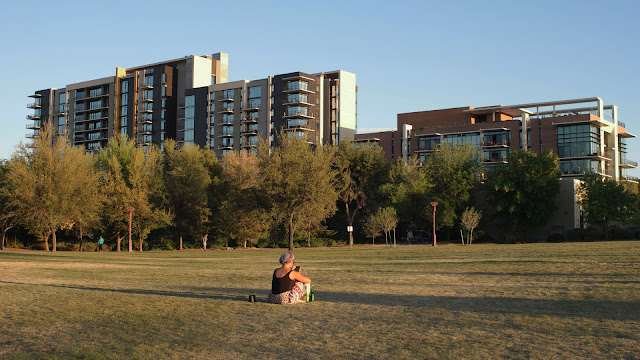 Just at sunset I park light went on and I used it as an opportunity to see how an artificial and natural lighting can work together in the composition.  I set the focus on the pole-light, the f5.6 aperture setting softened the background a bit. 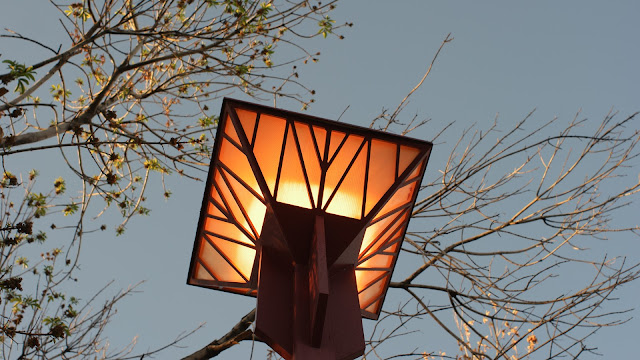 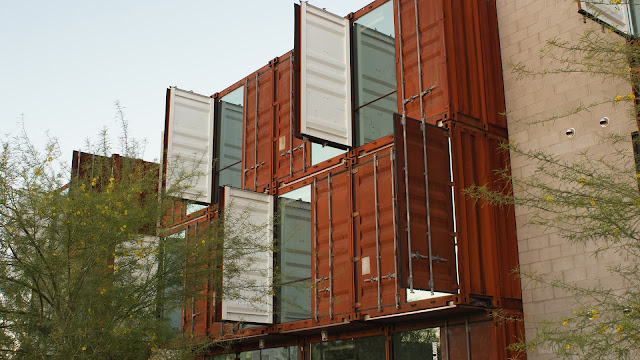 This photograph really put the hook in me that this is a lens I'm going put aside for future use.  There is 'clarity' along with rich yet comfortable texture. 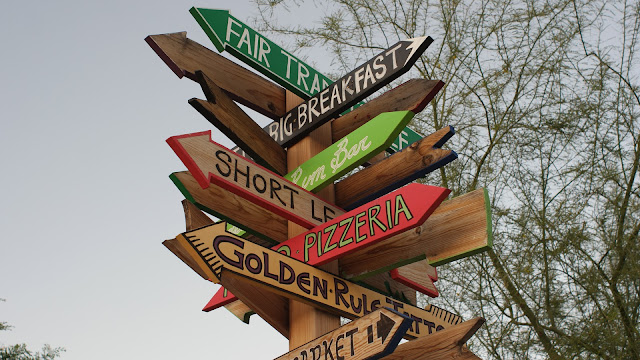 The last two photographs were taken on a different day at 12-noon, with a hazy sky.   I wanted to get a couple of people images in order to get a sense of the look.   From the 'March for Our Lives" rally downtown Phoenix (March 24th, 2018). 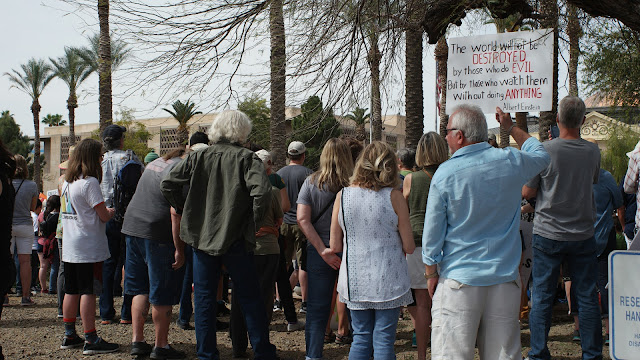 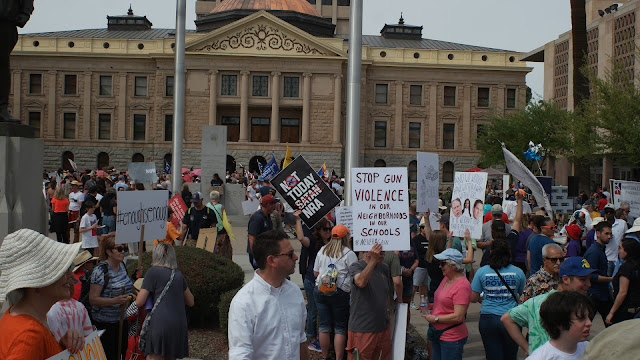 My thoughts reviewing these images was that the CHINON 28mm f2.8 is a quality lens delivering the essence of the analog camera era with images nicely saturated color, sharp, yet providing warmth.  I'm going to hold onto this one. 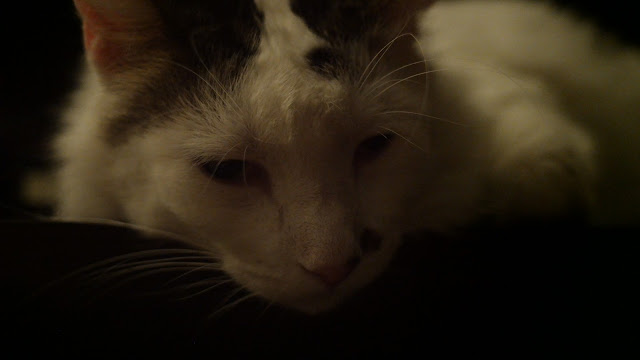 I opened the aperture full to f2.8 for this night shot (hand-held).  Diffused Bokeh and the indirect light from a single lamp add nicely to the photograph.

Posted by Blogs of Bart Santello at 12:06 AM No comments: